Slovenia from blocks – visualization of Slovenian landscape in Minecraft like way 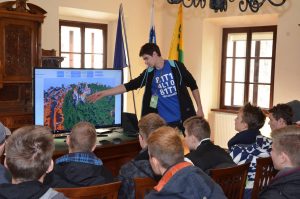 For the second-year Faculty of Computer and Information Science, University of Ljubljana has collaborated with Museum of Post and Telecommunications in organising an event Days of Computer Science.

The event is organized to bring the Computer Science closer to youngsters in primary and secondary schools by presenting interesting demo projects. Such projects show us that Computer Science is much more than just coding infinite lines of code, but that it is also a creative science which can interact with many different scientific fields. 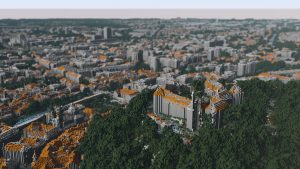 An example block visualization of Ljubljana with castle. 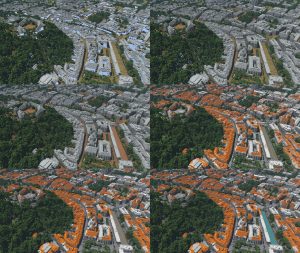 LGM has presented a project named Slovenia from blocks, which shows how our landscape would look like in voxel-based visualization (e.g. Minecraft like worlds). The developed system takes publically available LiDAR and Orthophoto data collections of the whole country and uses them to produce nice visualizations from 1 m large blocks. The base LiDAR data is already classified into classes: ground, low/medium/high vegetation, sea and buildings. 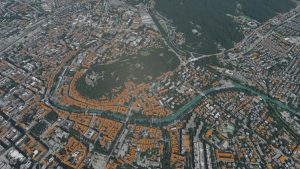 Ljubljana from a distance, where the resulting image seems photorealistic.

Our system enables users to produce realistic renders of landscape displayed in examples below. In case of rendering larger areas, the final render can look very photorealistic, since individual boxes are very small. On the other hand, rendering smaller areas result in blocky structure which gives users different look on certain scene.

We further specialize the classification in additional classes according to the data obtained from Orthophoto collection. Such further specialization and data adaptation is presented in the image below. 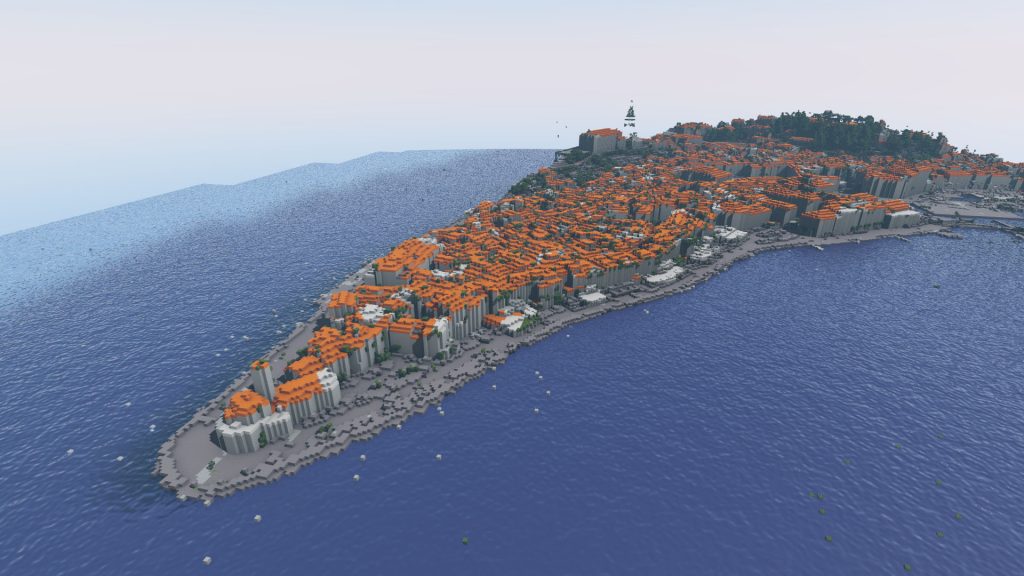 Piran, where user can see the blocky effect in final image render.